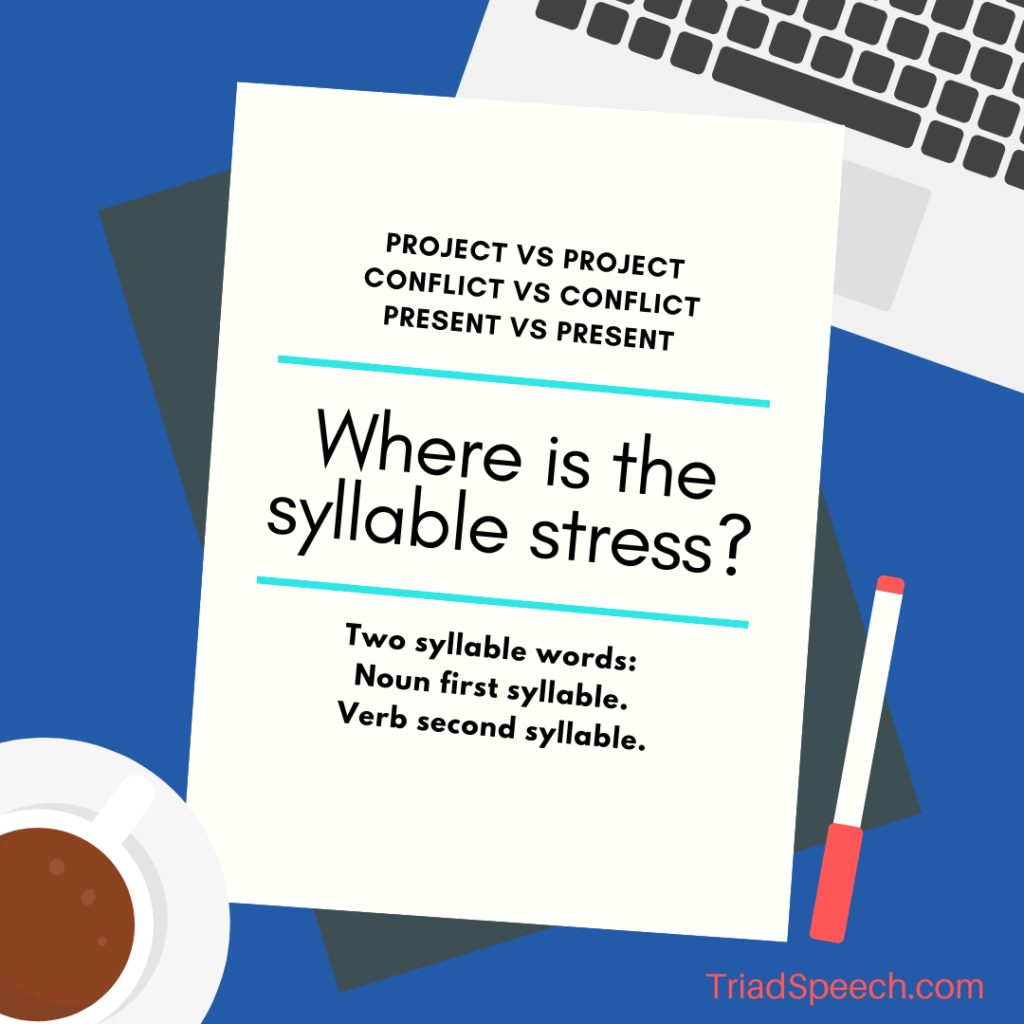 Many of these words pairs have similar meanings like the following 6 words:

EXport-noun, means items that are sent out of the country to be sold

exPORT-verb, the sending of items to another country to be sold

IMport-noun, items that are brought into the country to be sold

imPORT-verb, bringing items into the country to be sold

DEcrease-noun, the amount by which something becomes less or the process of becoming less

However, there are many word pairs that have very different meanings as shown in the following 6-word pairs.

OBject-noun, a solid thing that is not alive or a plan

obJECT-verb, to feel or say that you oppose or disapprove of something

CONtest-noun, an event or situation with two or more people competing

conTEST-verb, to formally say that you do not agree with it or you do not accept something

proDUCE-verb, to cause a result or to make, write, create something

An error in syllable stress causes a distraction from your message. Would you like to know more? Set up a free consultation or message me for a training video and handout.